Bing UK has today announced plans to immediately roll-out a number of design upgrades, including a less cluttered home page with room for a larger image. 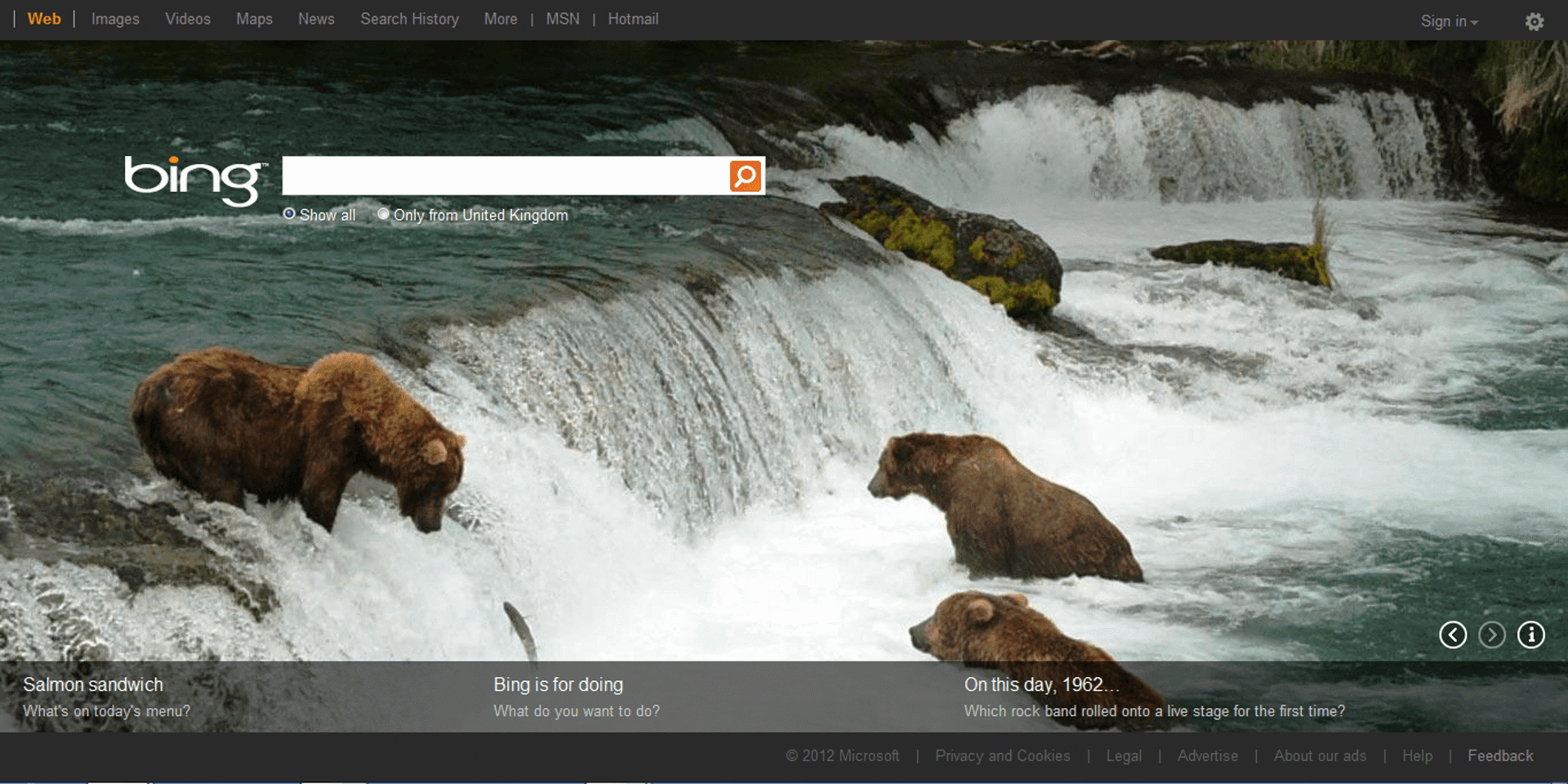 As of yet though, the Bing Social sidebar, an integral aspect of Bing US, is still to be enabled on the British site; it remains to be seen as to whether it is rolled-out soon. The sidebar was announced as part of a big redesign earlier this year and includes links to Facebook, LinkedIn, Twitter and Google+ for integrated search results.

These updates are the first steps towards aesthetic and functional equality between Bing UK and its American equivalent; users in Germany, Canada and Australia are all reporting that similar updates have been made to their respective sites today and in the past few weeks.

Having recently surpassed Yahoo!, Microsoft's Bing is the world's second largest search engine website and accounts for 3.27% of the world's searches (a figure that is dwarfed by Google's 91.75%). A recent deal with Chinese search giant Baidu, in combination with these extensive updates to the Bing site, confirms that Microsoft is getting aggressive in its, what some might call futile, attempts at muscling in on what has historically been Google's territory.

Find out how using Google Analytics for data driven insights can improve your bottom line!