The evolution of technology to 2040

A visual representation of the evolution of technology from 2012 to 2040. The overview includes the changing role of technology across the Internet, Robotics, Space, BioTech and Robotics. The diagram provides an easy breakdown of the emerging areas of tech and what's coming next.. 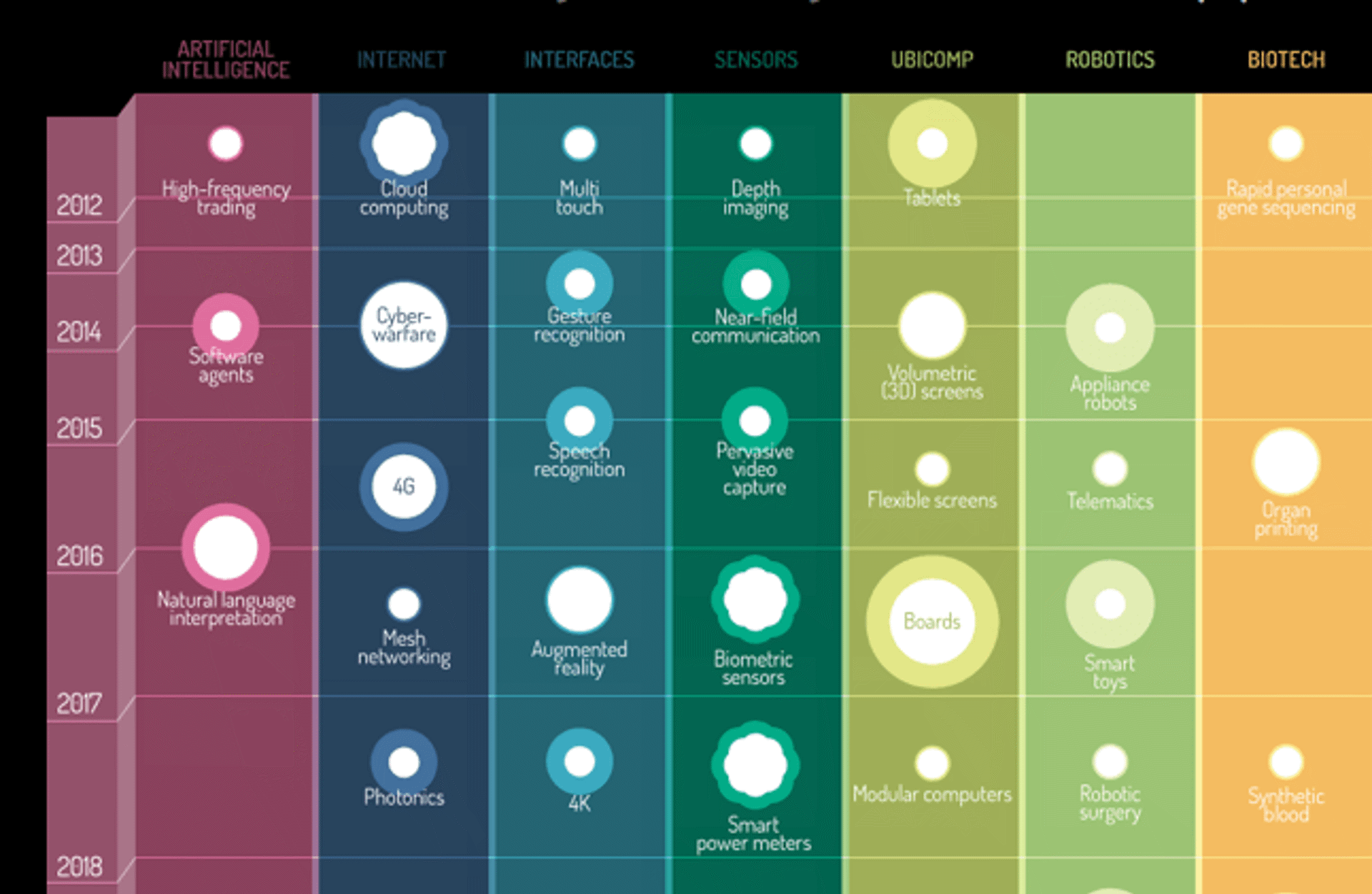 Given all the hype around virtual currencies, you would expect this to feature in the current state of play for technology, but this doesn't appear in the graphic until 2019. This could suggest that the technology of virtual currencies is ahead of consumer patterns.

This was a concept explored in the novel Down and Out in the Magic Kingdom, where 'Whuffie' was the currency making up reputations, which we also understand as social currency. It is the idea that everyone's reputation will be entirely public and visible to anyone.

The implication of Zappa's prediction is that by 2030, reputation will be the currency in which we trade. This has huge implications for how we consider the private and public, or more accurately, the personal and professional. While we are interacting online from a personal perspective, this nearly always has implications for the professional self.

Whether it's having your social profiles subjected to a screening process during a job interview, implications for your current employer or a client's likelihood to hire you, online reputation is already fast becoming a key social currency. And by 2030, this could have reached a new level, which will require a fundamental shift in society for it to function.

Neuroinformatics is primarily concerned with the analysis of large amounts of data: something that is currently going through exponential growth, considering the amount of information we are currently sharing and distributing through social networks. Neuroinformatics extends this application beyond the societal and into the scientific, where neuroscience will influence information technologies. It is an emerging field that manages the data that's being shared to help understand the brain and diseases such as dementia.