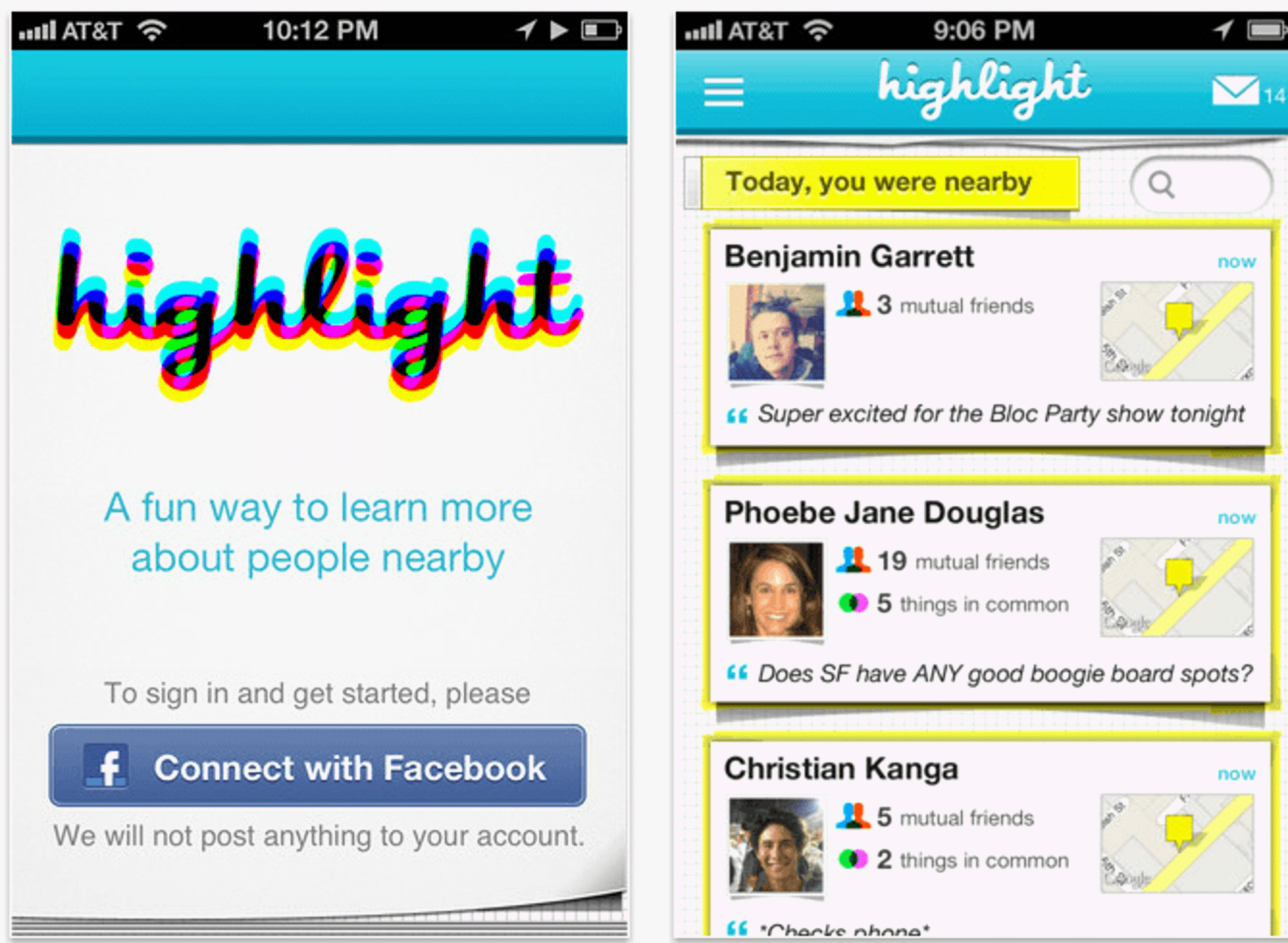 Highlight had a meteoric launch following their breakout success at SXSW. And inevitably with that amount of hype came an intense amount of criticism and indeed cynicism around what the platform had to offer (including our own review here). I interviewed founder Paul Davison at Le Web about what he wants to achieve with Highlight and where he sees potential for the service.

On changing the world

From talking to Paul, it became obvious that this is about much more than providing a location-based technical solution. What he actually wants to do is change the world and essentially make it a bit of a happier place by encouraging connections between people.

I was fairly cynical about the service before speaking to Paul as I could see little benefit in a service that would encourage you to say hi to a random stranger and start having coffee with them. But that's not what Highlight is trying to do. It's not about making friends purely on a location basis, but using it as a way to open up conversations and importantly to open up your surroundings.

In his words, it's about creating a sixth sense for the world around you and create empathy between complete strangers._µ__When you think about it in this way, rather than as a being a service to 'make friends' on a pretty arbitrary basis such as location, it's actually pretty stunning.

But way too premature

By Paul's own admission, the possibilities for the service are immense and stand to be blown wide open, but the technology is developing at a faster rate than the social norms needed to accompany it. Quite how you get the crossover between online and offline isn't quite there yet. You can have the app to tell you that the person sitting across the room likes the same films as you, or is reading the right book, but how are you meant to actually go up and start the conversation?

This is where Highlight has to work hard, building the data within the platform to make it that bit more worthwhile and get the conversation going. So not so much about what interests you have, but maybe the fact that you both went to the same place on holiday, or are both going to the same conference down the road. The smarter and more tailored the data is, the easier these awkward introductions become.

For the user, of course, this has to be seamless and simple. It's not about approaching the service as how you can use it to make friends, but how the data you're giving away and accessing is actually going to benefit you.

It's important to remember that Highlight is still very, very new and have only just taken on their third member of staff. And while they received an insane amount of hype, it also means that they're having to learn very publicly, very quickly, what the app can do and what needs it's ultimately going to serve. Speaking about the ultimate aim of the service, Paul said that they simply want to offer something to the user that just works. Like how the Google search box just makes sense and serves a need, the same thing has to be done with location.

But this is about much much more than technology. If you think about Highlight as initiating a societal change, a whole new way to approach people and connections then it suddenly gets very exciting.